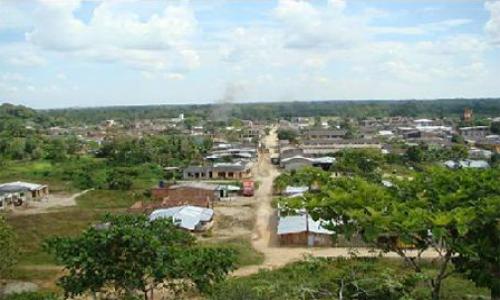 Puerto Guzmán is a municipality with an invaluable environmental, jungle, cultural, ethnic and hydro wealth, highlighting sites of great interest located on the Caquetá river, main water source that also unites us with our brothers departments of the Cauca and Caquetá, in addition we also have wetlands , Reservations that enclose the great ethnic, cultural and traditional diversity of our indigenous communities. Puerto Guzman is located in the south of the country, in the department of Putumayo. From the capital city, Mocoa, 50 km. It is a population of recent foundation, since its origins go back to the year 1975.1 It was elevated to the category of municipality in 1994.

Hill area: This area is characterized by low hills and rounded hills, giving a characteristic of gently undulating terrain. These hills consist mainly of argillaceous sediments and sandy clay, which makes the terrain an impermeable asiting.

Plains zones: It is mainly located in the valley of the rivers Caquetá, Mandúr, Yurilla, Mecaya and Cayman and comprises great flat extensions, slightly inclined to the east. It is formed by sandy and clay deposits of continental origin.

Mountain Zone: Represents for the Municipality the most important area, in regard to conservation and origin of the main streams and creeks that supply water to the Santa Lucia, El Jauno, La Patria, and the Municipal Port Headquarters Guzman, and irrigate the territory of Puerto Guzmán.

The municipality of Puerto Guzmán currently has a limited production system but with good growth possibilities as its economy can be better developed in areas such as agriculture, livestock, mining, oil exploitation and logging ; Systems that directly affect the environmental sustainability of the whole territory, taking into account the current dynamics of land use and tenure.

For the Municipality of Puerto Guzman, its main legal agricultural and livestock production activity is breeding stock and dual purpose.