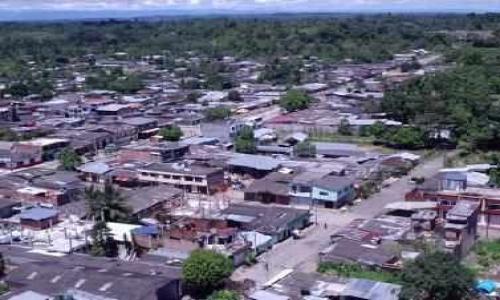 Valle del Guamuez is a municipality of Colombia, department Putumayo. It limits with the municipalities of Orito, Puerto Asís and San Miguel, the department of Nariño and with the Ecuadorian province of Sucumbíos. Its municipal head is known as La Hormiga

The Economy of the Valley of the Guamuez has had times of bonanzas and crisis. Historically, the early settlers based their livelihoods on the exploitation of rubber. Later it was based on the oil exploitation and, almost simultaneously, the exploitation of forest resources, especially the cedar. Immediately there was an accelerated growth of the population which was dedicated to trade, agriculture and livestock.