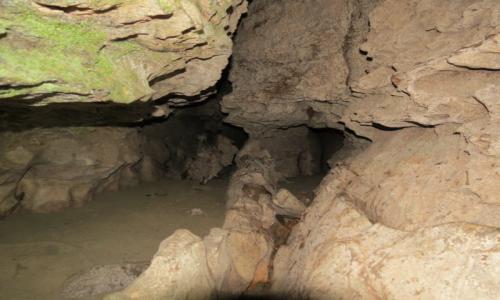 This cave of Licamancha is located to the north of Mocoa, in the department of Cauca on the Caquetá River, which serves as a natural boundary between the departments of Cauca, caquetá and Putumayo. One of the famous places that is visited when it comes to know this region of the Country.

In the department of Putumayo we find innumerable caves and are expected to make future explorations to discover more of this type of natural environments that draw attention and attraction to different people according to their own needs. (Among the caves we can mention those of Urcusique, San Carlos, Medio Afán)

Between the limits of the departments of the Putumayo and the Cauca, on the banks of the Caquetá river we find a fascinating cave called La Cueva de Licamancha, is a cave created by the dissolution of the rock through the years and that with the constant abrasion of the water against the internal cavities give it various shapes.

In this cave we find a small stream of water that crosses and flows into the Rio Caquetá, which gives us to think that we must be very careful in winter seasons and lots of rain. There we can observe different speleothems (formations in the cavities) where we can see stalactites, stalagmites, columns, etc. We will observe paleontological vestiges of life of millions of years ago and we will walk between internal halls that reach until the 15 meters of height, in a known route of approximately 1 hour of entrance and from there the same time for its return. Although much remains to be explored and to study it requires a little technical support in the characterization of the same and the opening of new paths that already visualized leave us much more in our constant exploration. we find small cascades of water that are slopes that fall due to leaks in the earth.

One of the many ways of practicing Speleology is called Espeleismo, which consists of participating in organized and safe tours without having to study or explore them, but simply perform it in a playful and recreational way.

In this wide and beautiful region full of biodiversity we find the Serranía de los Churumbelos National Natural Park that includes departments such as Putumayo, Cauca and Caqueta, and some of Huila.