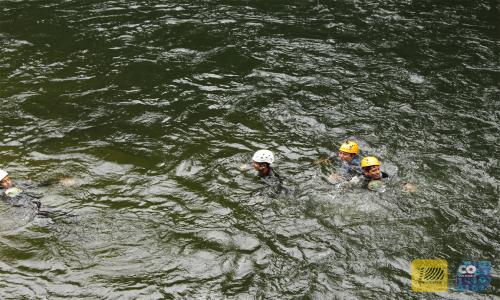 Putumayo is a Colombian wonder, a paradise of natural pools, a world of crystal clear waters. Putumayo is a place of adventure and tourism that has been built through the times, that now after the hard blows of the war is reborn and inviting the tourist community, who enjoy the mystical beauty of its green passages, who wants to refresh their soul, their body with its pure waters to visit it.

Putumayo in Quechua, putu mayu, from 'putu': vessel of fruit of trees and 'mayu': river; that could mean river that serves as a source of plants, trees and fruits that feed the Putumayense community. Putumayo is an area of ​​27, 885 km2, which has 13 municipalities being its capital Mocoa. Mocoa is located at 605 m.s.n.m. and its year of foundation was 1551. According to the community it is the municipality where the clouds are born, the eastern mountain range ends, and it is located in the foothills of the Amazon. It is the lung of the Amazon, there are 16 indigenous peoples, 7 native of Putumayo, pure wealth. In Mocoa and all the putumayo you can live unforgettable experiences, meet cheerful, humble people and share smiles. In addition, the best of Putumayo are its tourist sites.

"In Putumayo there is so much to do," say its inhabitants. And among all that can be done, because it is not just an activity, there are several, due to its magnificent biodiversity, its flora and fauna and its green colors in many shades. If you want to visit this ecotourism paradise, here is a list of the must-see places: